Get Rid of Frown Lines with Xeomin Bloomfield Hills! 

Xeomin Bloomfield Hills has become the go-to treatment for people looking to nix the frown lines and look more youthful. Those frown lines between your eyebrows can actually show up as early as your 20s and continue to deepen with age, making you look older than you are. They might even make you look angry or perplexed. In any case, frown lines are the result of repeated facial expressions that eventually become permanent creases as your skin ages. Thankfully, neurotoxins such as Xeomin Bloomfield Hills (incobotulinumtoxinA) can be very effective at addressing those unwanted lines and giving you a refreshed appearance.

How does Xeomin treat frown lines?

Xeomin Bloomfield Hills is an FDA-approved prescription medication that effectively blocks muscle contractions responsible for the facial expressions that cause frown lines to form in the first place. Xeomin is injected directly into the muscle, where it binds to the nerve endings that control these muscles, preventing the specific contractions that cause frown lines. As a result, the targeted treatment area is smoothed out as wrinkles are temporarily reduced or eliminated.

Xeomin® has become a popular wrinkle reducer for even mainstream celebrities, like Gwyneth Paltrow. In fact, she believes in Xeomin so much that she signed on to be the global face of the neurotoxin. Gwyneth is an Emmy-award-winning actor, groundbreaking entrepreneur, and established beauty boss of her own lifestyle brand. Sharing safe and proven products with other women is an important part of Gwyneth’s personal philosophy. She believes that when it comes to self-care and aging, women should do whatever makes them feel good about themselves and live life confidently. That includes treating her own frown lines with Xeomin. But Xeomin Bloomfield Hills is not just for women. More and more men are benefiting from this wrinkle-reducing treatment as well.

Am I a candidate for Xeomin injections?

Candidates for Xeomin Bloomfield Hills are typically adults in generally good health who have moderate to severe glabellar lines (aka frown lines between the eyebrows) due to aging. Xeomin is even gaining popularity among younger adults in their 20s and 30s as a means of “pre-juvenation” to prevent frown lines before they even start. During your consultation at Pristine Rejuvenation, Eman Dahmani, APRN, CRNA, will perform a thorough evaluation and explain the treatment in detail to determine if it’s best to meet your beauty goals.

Xeomin is made through a unique precision manufacturing process which isolates the therapeutic component of the molecule. This process helps remove the accessory proteins that don’t play an active role in treatment, so, basically, you get what you need without anything you don’t. That’s how it’s classified as a more purified neurotoxin. Studies have not been performed to determine whether the presence or absence of these unnecessary proteins has a long-term effect on safety or efficacy, however.

Is there any downtime needed with Xeomin injections?

There is no downtime needed following treatment with Xeomin Bloomfield Hills. Once your injections are administered, you can go on with your daily activities as you normally would. To ensure you get the best results possible, we recommend that you refrain from lying flat for at least 4 hours following injections and don’t exercise for the rest of that day. These precautionary measures help make sure the Xeomin doesn’t migrate from the site of injection.

When will I see results after Xeomin injections and how long do they last?

Most people begin to notice visible smoothing in the treatment area as early as 3-4 days following the procedure. The 30-day mark, however, is when optimal results are usually present. Though individual results may vary depending on your own body chemistry, most people enjoy these results for up to three months. Some people have even reported results that have lasted up to 6 months in some cases, though not the standard.

What’s my next step in getting treatment with Xeomin Bloomfield Hills?

To learn more about this powerhouse neurotoxin and how it can help turn back the clock for your skin, call us today to schedule your consultation at (248) 955-3535 or click here to schedule online.

Let us show you what we can do to bring out the best in your beauty AND your mood. Reach out to us today to schedule a complimentary consultation by calling (248) 955-3535 or CLICK HERE.

Read More »
There are no upcoming events. 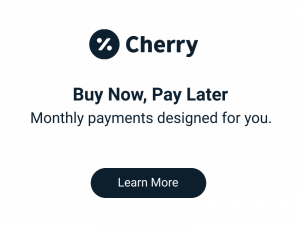